Skip to Main Content
U of T ENGINEERING
Posted May 22nd, 2020 by Laura Brown 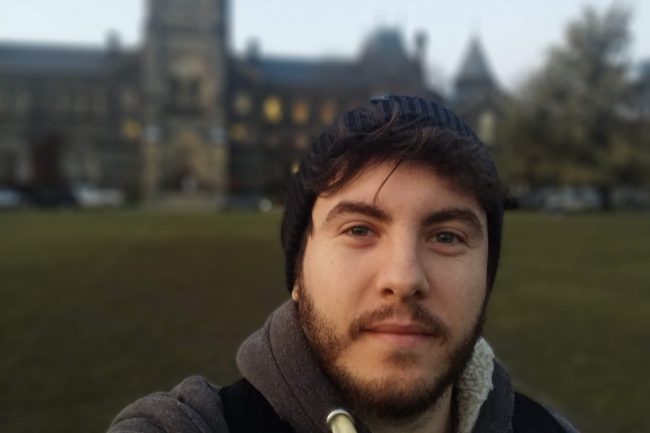 Severo is among 11 U of T Engineering recipients of the Vector Institute Scholarships in Artificial Intelligence. (Photo courtesy of Daniel Severo)

With files from Liz Do

In their pursuit of machine learning and deep learning research at The Edward S. Rogers Sr. Department of Electrical & Computer Engineering (ECE), 2 incoming master’s students have received Vector Institute Scholarships in Artificial Intelligence (VSAI). In total, 11 scholarships were awarded to grad students in U of T Engineering.

This is the third round of scholarships announced by the Vector Institute, which was launched in 2017 to attract, develop and retain top artificial intelligence (AI) talent in Canada. Five U of T Engineering students were awarded in the second round, and nine in the first round. In addition to receiving a scholarship worth $17,500, recipients gain access to networking opportunities and professional development workshops at the Institute throughout the year.

This year’s VSAI scholarship winners in ECE are:

Vector scholar Daniel Severo will focus on understanding the potential and limitations of AI in order to apply more real-world AI models, safely, in critical domains.

“Deep learning has proven its effectiveness in multiple applications, but we still don’t exactly know why it performs so well,” he explains. “The lack of theoretical guarantees hinders its deployment and potential impact in areas like health care, where there are deep concerns around data privacy.”

Severo, an international student from Brazil, will work under the supervision of ECE Professor Ashish Khisti this Fall. He says choosing to pursue his AI research at U of T Engineering was easy — as an undergraduate, he received an exchange scholarship that enabled him to study at ECE for one year.

“The experience has made me feel at home at the department ever since. I’m looking forward to collaborating and learning from some of the top researchers in my field,” he says.

U of T Engineering now has 25 VSAI scholarship recipients conducting research, adding to a rapidly growing list of AI-related activity at the Faculty.

See the full list of U of T Engineering graduate students that were awarded Vector Scholarships in AI.