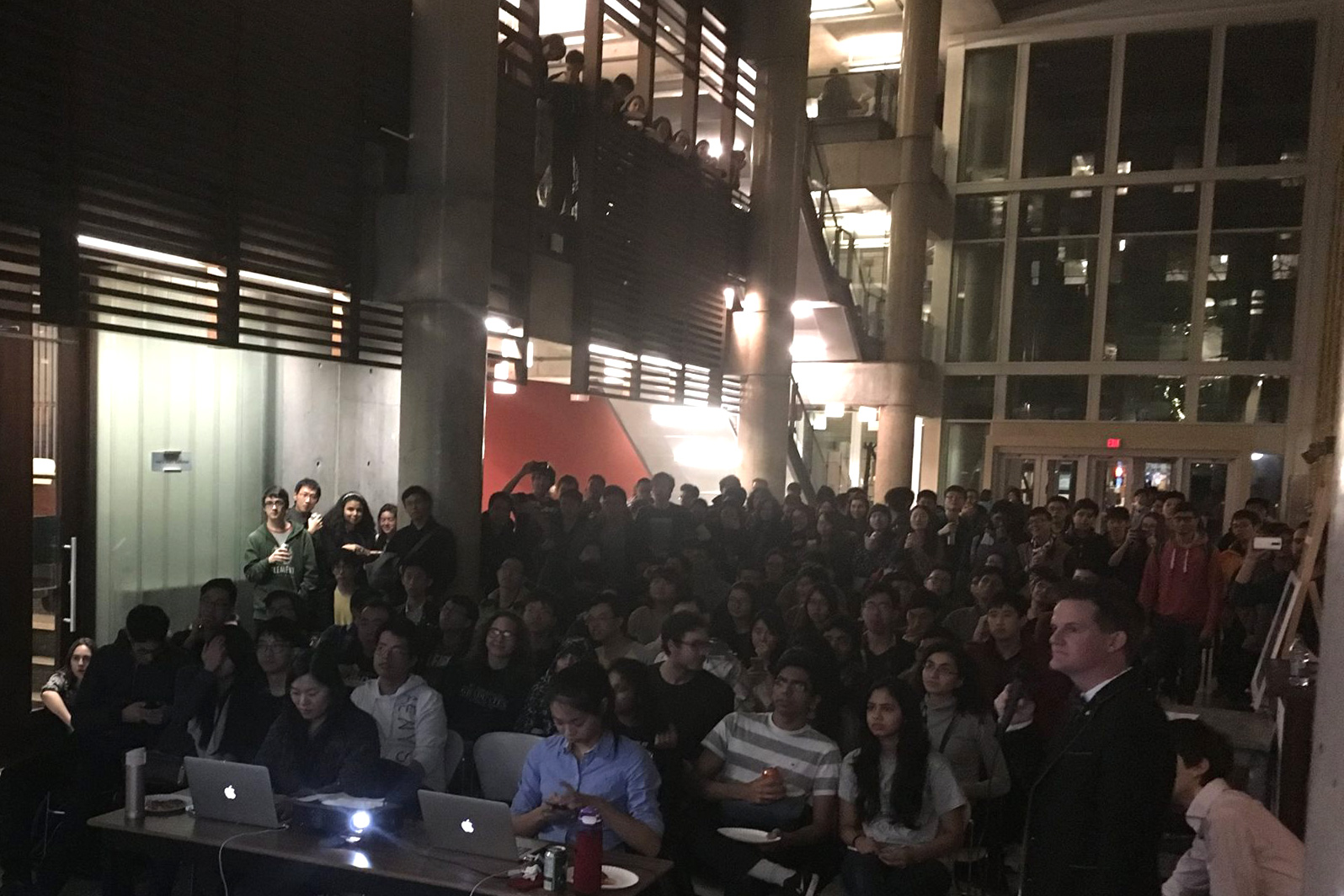 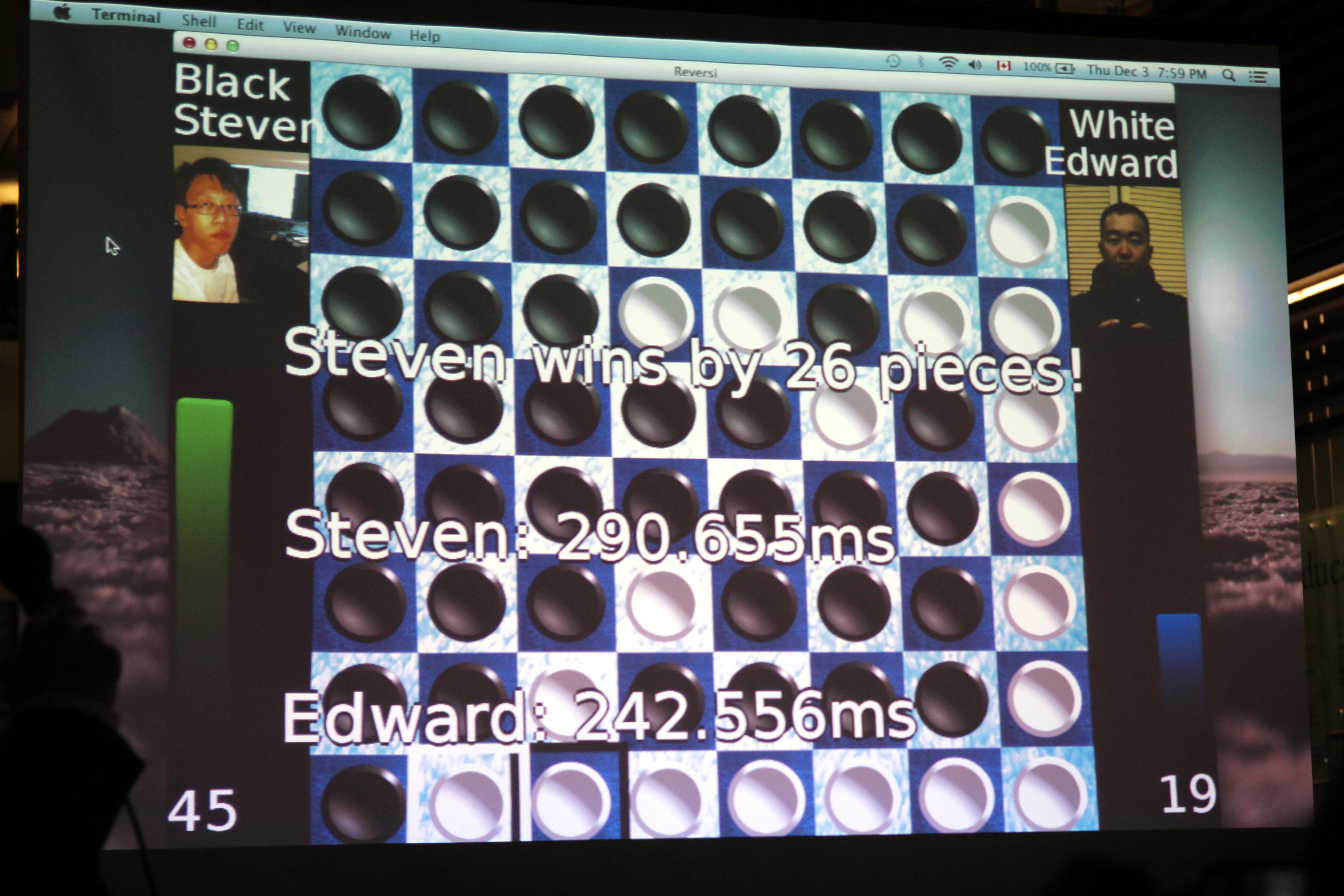 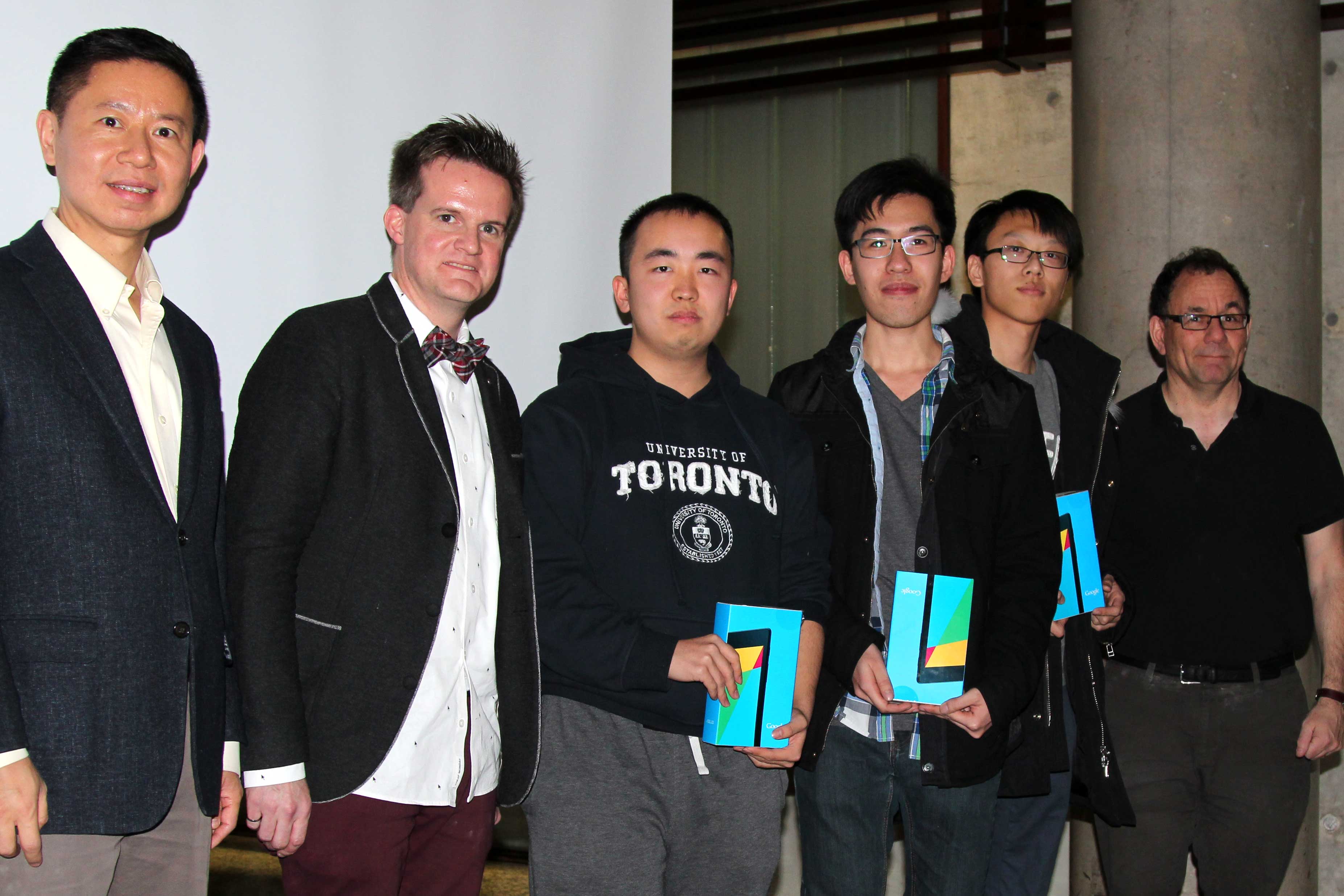 Recursion, an evaluation system and motivation seem to be crucial components for success in the world of programming. At least, they were for Edward Y. Liu (ElecE 1T9)—the proud winner of this year’s APS105 Showdown.

The APS105 Showdown—currently in its third year—is an annual event where students of the first year computer programming course, APS105, write software programs to compete against each other. This year, as part of the course, each student wrote an algorithm to solve the complex Reversi game. Eight finalists were selected out of the 38 who made it past the rigorous selection process.

Reversi, an older version of Othello, is a strategy game played by two players (white and black) on an 8 x 8 grid board. The players alternatively place their pieces linearly on either side their opponent’s piece to ‘own’ those pieces in between.

An ecstatic crowd massed in the atrium of the Bahen Centre for Information Technology on the evening of Dec. 3, 2015. Spectators enjoyed pizza and pop as they cheered their favourite players on. At the end of the semi-finals, Steven Shizhang Yin (ElecE 1T9) and Liu’s names were on everyone’s lips as they were both unbeaten. Their faceoff would be the much-awaited bout.

Yin snagged second prize with a thrilling finish that had even the instructors gaping. When asked how he got so far, Yin answered, “I was looking four steps ahead… I was willing to lose positions but make my opponent have less mobility.”

Yin and Liu are good friends who shared ideas and played their programs against each other prior to the competition. Liu said he had never beaten Yin and his motivation to do so just once might have been instrumental in his winning. His persistence paid off as he won one game against Yin to tie off their winnings at five each. Liu captured first place with an average program-thinking time of 698 milliseconds against Yin’s 834milliseconds. Ivan Co (CompE 1T9) took home third place. All three finalists received brand new Nexus tablets.

The course instructors—Professors Jason Anderson, Baochun Li and Jonathan Rose—agreed that it was amazing what these first year programmers were able to accomplish.

Emmanuel Odoi is a second-year Computer Engineering student and ECE Ambassador. This is his first reporting assignment for ECE.