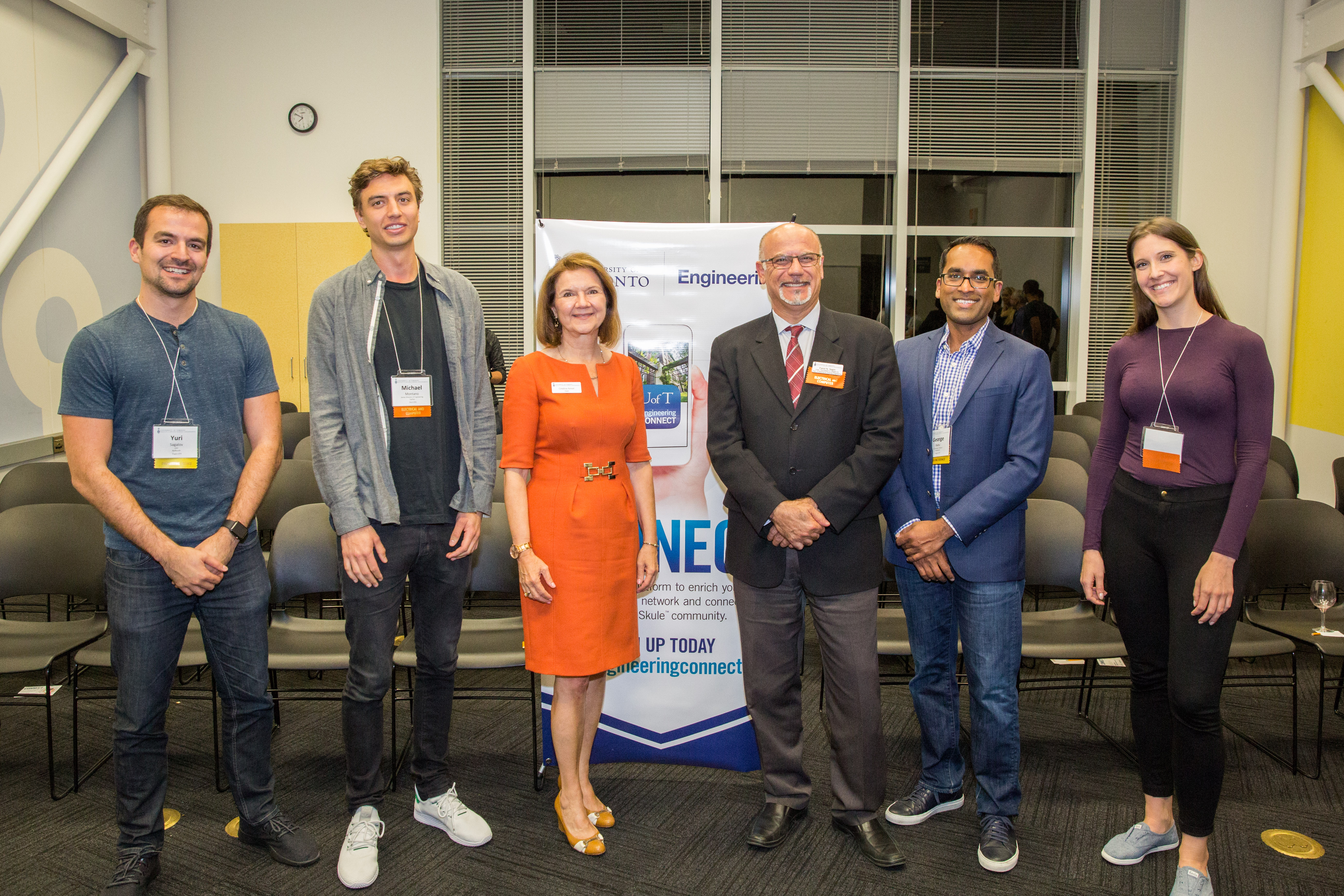 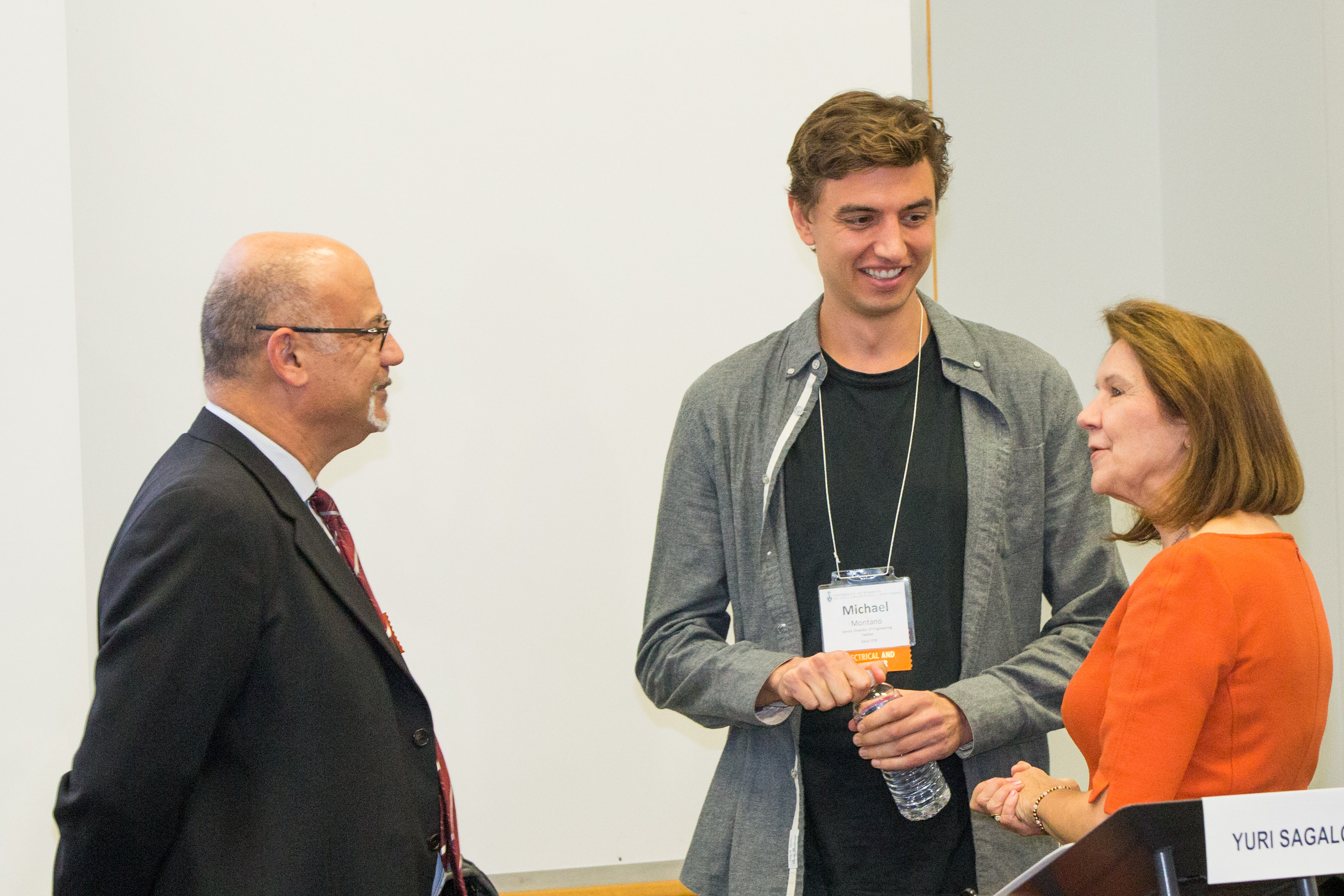 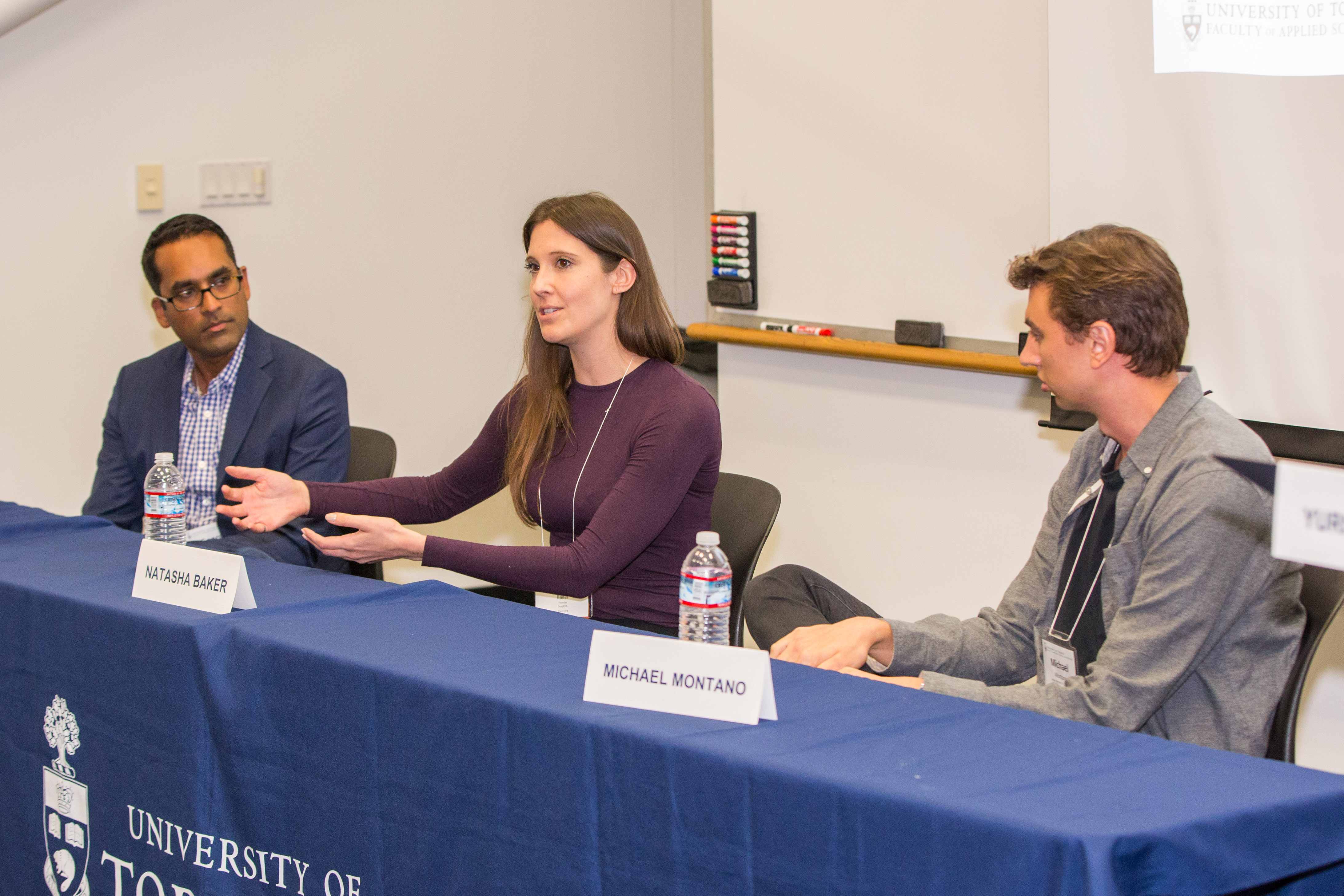 George Babu (EngSci 0T0) is the co-founder and head of product at Kindred, an artificial intelligence and robotics company creating human-like intelligence in machines. He is a Kauffman Fellow and also completed his JD and MBA at the University of Toronto. He studied in the Deep Learning program at University of San Francisco, and the Product Management program at Haas School of Business at UC, Berkeley.

Natasha Baker (ElecE 0T8) is the founder of SnapEDA, the Internet’s first parts library for circuit board design. SnapEDA is used by over 60,000 registered engineers to design everything from drones to electric airplanes. The company participated in YCombinator’s summer 2015 class.

Mike Montano (ElecE 0T8) is Senior Director of Engineering at Twitter leading the consumer engineering group. He co-founded BackType, a marketing intelligence company that was funded by several investors, including YCombinator. The company created and open-sourced the Apache Storm project, a distributed realtime computation system. Storm has since been adopted by Yahoo!, Spotify, The Weather Channel and more. In 2011, BackType was acquired by Twitter. Since then he has led teams building out the analytics infrastructure, ads platform and the consumer product.

The panel shared their personal experiences at each stage of their start-up journey and weighed in on both the technical, business and philosophical considerations of starting a company.

“I really want to bring ideas to life,” said Baker regarding her motivations for starting up. “And I see a huge opportunity in this space between the semiconductor industry and the electronic design automation industry, especially here in Silicon Valley.”

After Babu sold his first company he entered the field of venture capital, but quickly realized he missed the entrepreneurial side of starting a company. “I think it’s the ‘do-er’ in me — as an entrepreneur you have to make things happen,” said Babu. “A start-up lives or dies by the people involved and what they do or what they don’t do — and that’s really exciting.”

The panel closed with questions from the audience, including advice on how an inspiring entrepreneur can successfully sell their idea to investors and to customers. “You’ve got to really understand your customer and the functional needs that they have, the emotional needs that they have and the circumstances that they are in,” said Montano. “But most importantly, you’ve got to believe in the idea yourself and believe in what you are selling.”

The next BizSkule event is on November 22, 2017 in Toronto on the topic of cybersecurity.