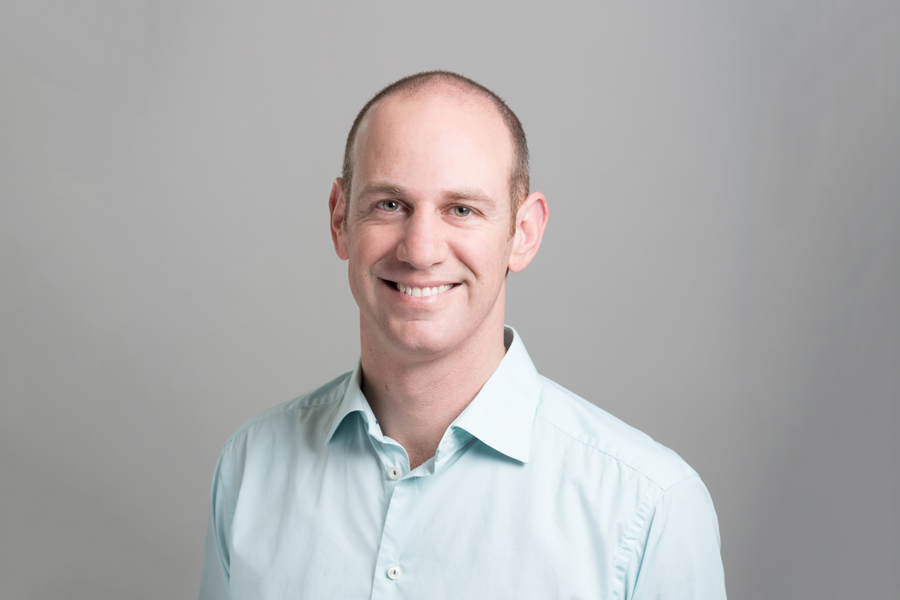 Professor Josh Taylor studies how to combine the best of AC and DC power lines for a grid that is safe, reliable and efficient. (Photo: Caitlin Free Photography)

Seven new Hart Professorships will boost U of T Engineering research into technologies across a range of fields, from improved medical testing to more efficient transportation networks.

Created in 2016 by a landmark bequest from the estate of alumnus Erwin Edward Hart (CivE 4T0), the Percy Edward Hart and Erwin Edward Hart professorships are awarded to faculty members who are within the first 10 years of their careers. They provide increased research funding for a period of three years. Today’s announcement recognizes the second cohort to receive these awards.

“Each of these seven professors has demonstrated a high level of research excellence and exemplary graduate student mentorship,” said Christopher Yip, Dean, U of T Engineering. “These awards will accelerate their work and lead to innovations that can address some of the toughest challenges we face, from supplying safe water, to fighting cancer.”

Most of the power lines that supply electricity to cities and towns operate using alternating current (AC). But some direct current (DC) lines also exist, and they can have their advantages: for example, the 2003 Northeastern Blackout largely missed Quebec because most of its interconnections are DC lines. Over the past 10 years, the total installed capacity of DC lines worldwide has doubled.

Taylor and his team will optimize power networks that contain both AC and DC lines. Using analytical and computational tools from control theory and optimization, they can predict how the addition of new lines or the replacement of old ones would impact factors such as capital cost, operating costs and stability. The research aims to guide the creation of power grids that combine the best of both worlds to provide safe, reliable and efficient electricity.

The other U of T Engineering Hart professorships are: 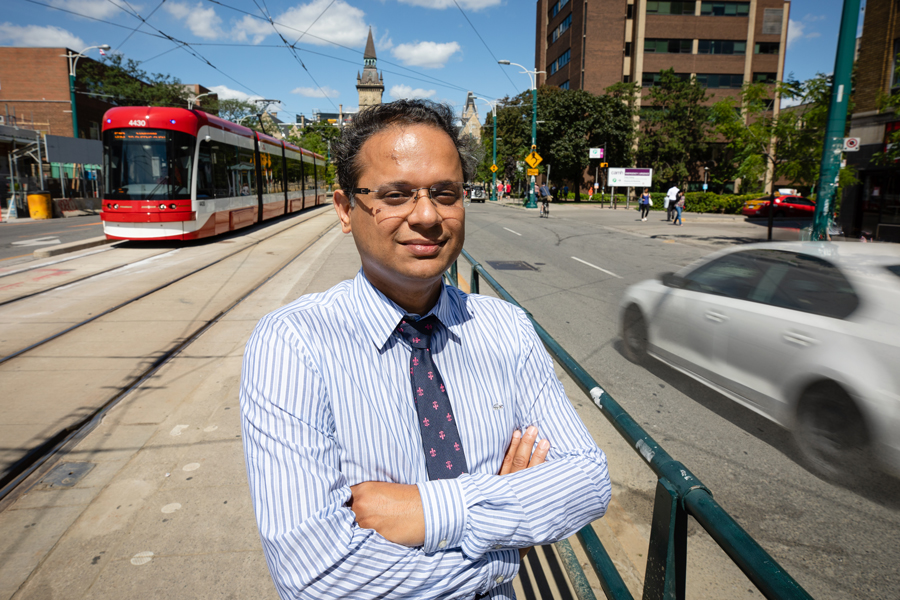 Autonomous vehicles (AVs) are poised to have a powerful impact on urban transportation. Yet our infrastructure — roads, rails, subways, parking lots — was designed and built well before the rise of AVs. Better design could enhance the benefits of AVs, while minimizing the risks.

Nurul Habib and his team are addressing this challenge. They are leveraging digital tools to gain a better picture of how people and goods move in our cities, and building new models to predict how our transportation behaviour will change as AVs become more widespread. Their ultimate goal is a decision-support tool that will help city planners make smarter decisions around transportation. Hatton and his team study and design surfaces at the micro- and nanometre scale, and will use part of the award to study how bacteria exploit tiny crevices to hide from disinfectant products. The work has important implications for the fight against hospital-acquired infections, which affect hundreds of millions of patients each year.

Other projects include research into how certain plant leaves and insect exoskeletons have evolved to repel parasites, and a study that uses a ‘switchable adhesion’ material created by Hatton to enhance robotic gripping and assistive devices 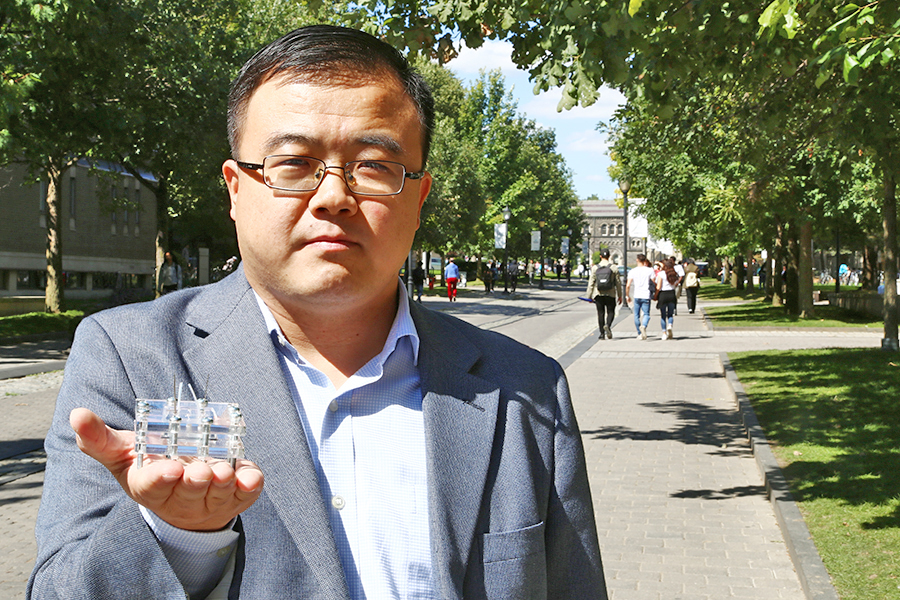 Liu and his team are exploring the potential of nanomaterials to enhance a class of medical devices known as point-of-care (POC) diagnostic biosensors. These low-cost tests take samples from a patient —  such as a drop of blood — and run fast, reliable analyses for biomarkers associated with various diseases, without the need for complex and costly laboratory equipment.

One material, known as nanofibrillated cellulose, is created from wood and can be made into transparent paper that contains hollow channels. These channels can hold tiny samples in a way that makes them easy to analyze. Another material, molybdenum disulfide, provides a bio-electronic interface that can detect very small amounts of specific proteins, greatly increasing the sensitivity of diagnostics. The research has applications in the detection of prostate cancer, brain injuries and other disorders. 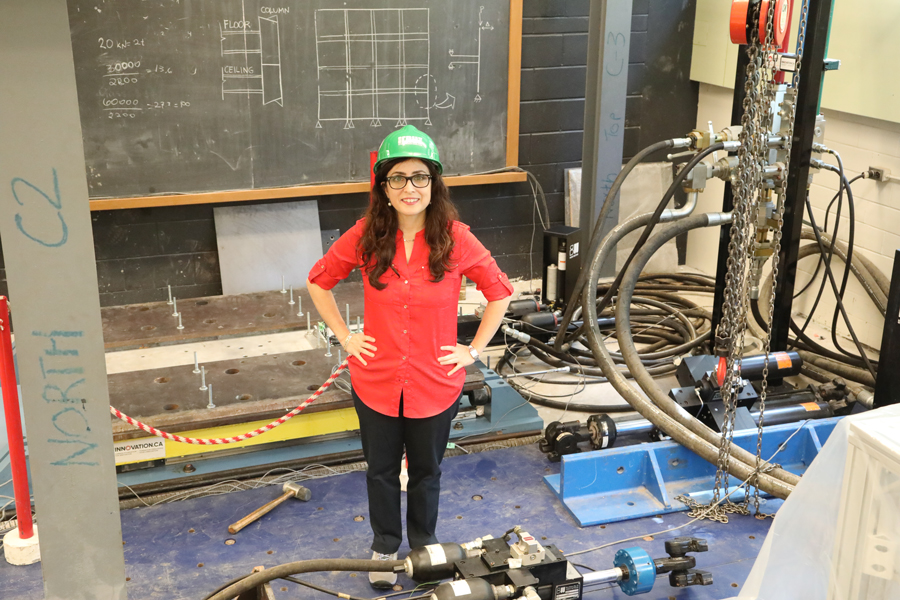 A changing climate will bring more extreme weather events, including high winds. In order to understand the effects of these events on man-made structures, Mercan and her team combine computer models and large-scale dynamic experiments in a method known as real-time hybrid simulation, or RTHS.

RTHS models can compare the effectiveness of traditional construction methods with new and emerging methods, such as modular construction. In addition to high winds, it can also assess resilience to other natural disasters, such as earthquakes. Going forward, these tools will help civil engineers and architects proactively mitigate climate change and other challenges through good design, resulting in better, safer buildings. 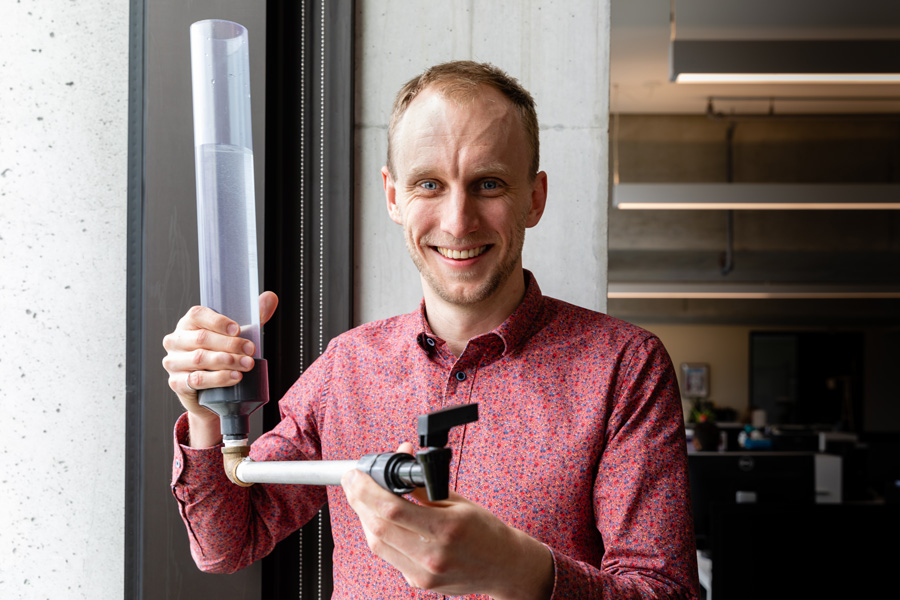 David Taylor analyzes so-called “intermittent” water supply systems with the goal of improving equitable access to safe water to everyone around the world. (Photo: Roberta Baker)

The United Nations has declared access to safe water a human right. But for more than a billion people around the world, running water comes from “intermittent systems” that are only turned on some of the time. Before joining the Centre for Global Engineering, Taylor worked in places such as India to understand and model these systems, including how changes to them will impact factors such as operation costs and customer satisfaction.

Going forward, he plans to further validate and refine his models using sensors that measure pressure or acoustic responses in the pipes. His insights will inform strategies for operating intermittent systems in more efficient and equitable ways, as well as lower the costs of converting intermittent systems to continuous ones. Ultimately, the research will enable more people to access safe water. 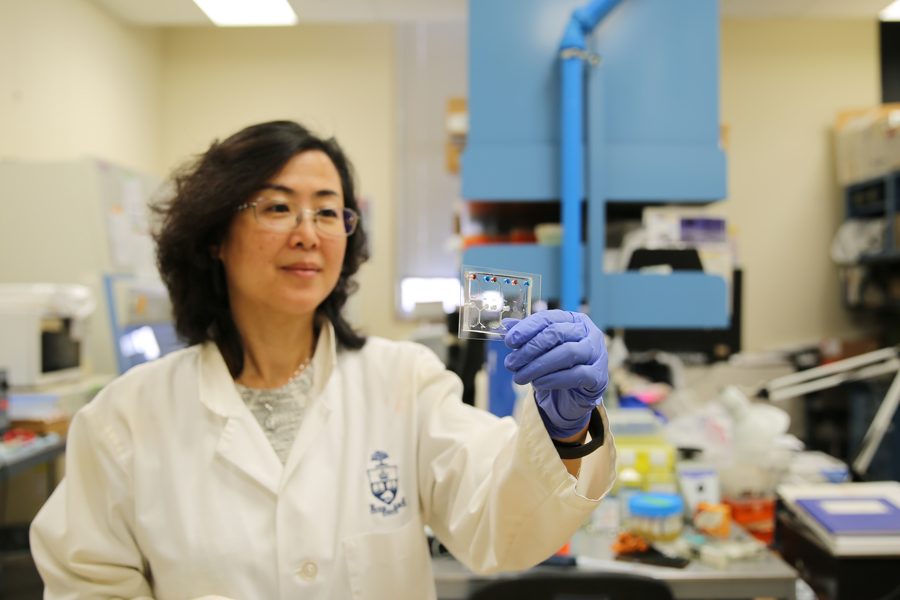 Lidan You and her team design microfluidic devices for earlier diagnosis of diseases such as cancer. (Photo: Liz Do)

You and her team leverage their expertise in mechanical engineering to develop new ways of detecting and combating cancer. One example is the creation of microfluidic devices that can perform analytical chemistry tests that are less costly and more sensitive than current approaches. They are currently developing a microfluidic chip that can detect very low levels of clonal circulating plasma cells, which are considered a biomarker for aggressive forms of multiple myeloma.

Another example is the use of physical exercise and its alternatives to improve treatment. In breast cancer, exercise is known to have both psychological and physical benefits, including reduced risk of metastasis. However, some patients experience significant barriers to regular exercise. You is researching the use of high-frequency mechanical signals to create whole-body vibration, and assessing its potential as a supplement to traditional exercise.