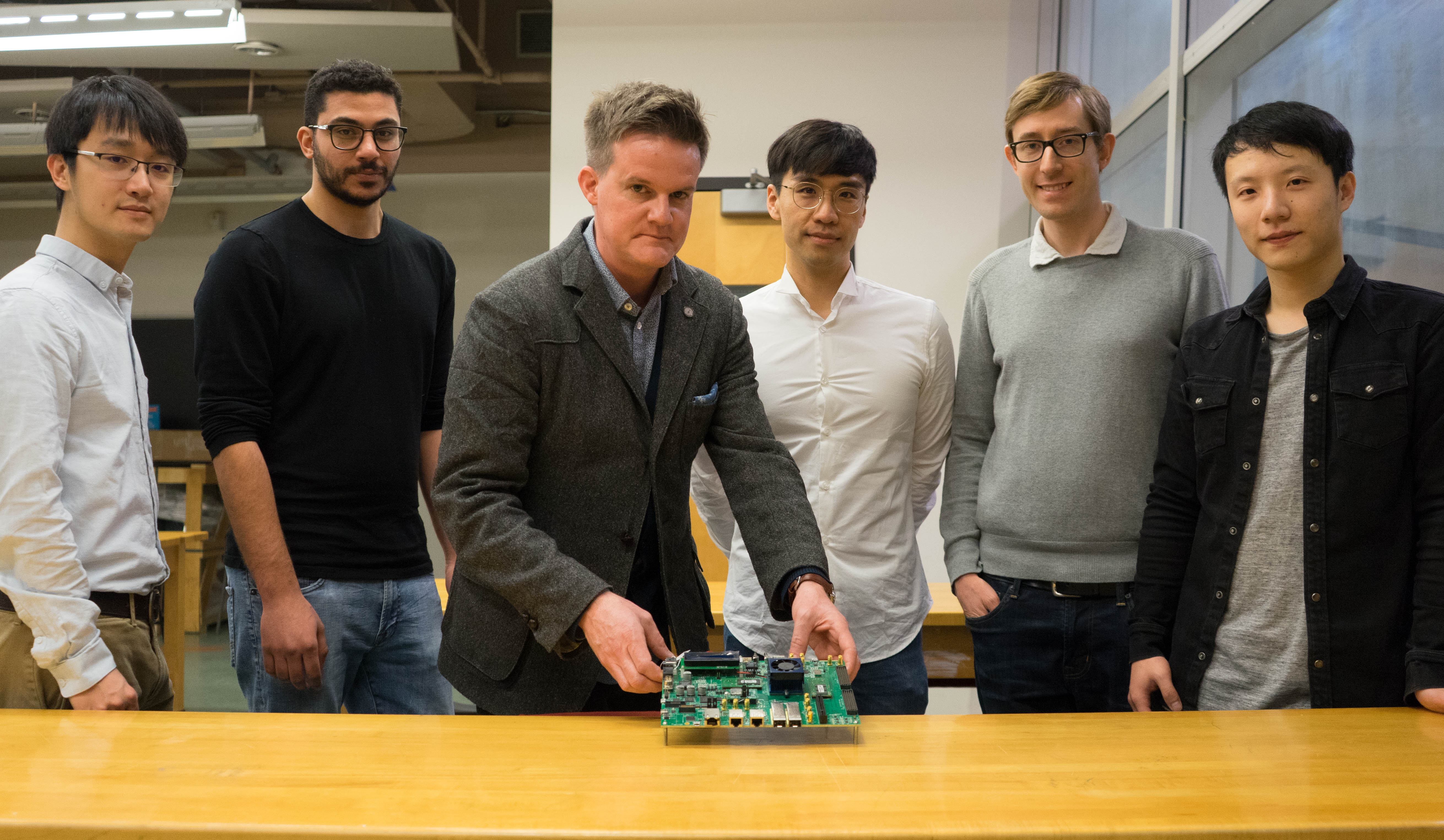 Professor Anderson’s research area is computer hardware design, focusing on field-programmable gate arrays (FPGAs): programmable and reprogrammable computer chips that can be configured by the end user to implement any digital circuit.

While FPGAs have been traditionally used to implement specialized functions — such as network switches — more recently, FPGAs have been deployed by a number of cloud service providers. But servers based on FPGA chips come with a challenge: the difficulties of designing hardware can be an impediment to adoption of FPGAs.

“FPGA hardware can offer better performance and energy efficiency when compared to software applications,” says Professor Anderson. “The challenge is that hardware is much more difficult to design than software; in my research group, we have been exploring ways to capitalize on the benefits of FPGAs while eliminating some of these challenges.”

This research has culminated in the spinoff LegUp Computing, founded in 2015, which provides users with a cloud platform that enables software developers to program, scale and manage FPGA devices for accelerating high-performance applications.

“LegUp allows software developers to leverage FPGA capabilities and eliminates the need for hardware-design skills,” says Dr. Canis, CEO of LegUp Computing. “Traditional servers are overwhelmed by real-time requirements of applications like fraud detection, bidding for advertisements and video analytics — these requirements can easily be met by FPGAs, so we are making them more accessible.”

The funding round was led by Intel Capital, which invests in startups in the areas of artificial intelligence, autonomous driving, workload accelerators and a number of other technologies. LegUp Computing received early funding from UTEST, a University of Toronto accelerator partnered with MaRS Innovation.

“It’s exciting to see research go from the very early stages through to commercialization,” says Professor Anderson. “The Intel funding round will help transition the work the group has done here in ECE to commercial viability.”