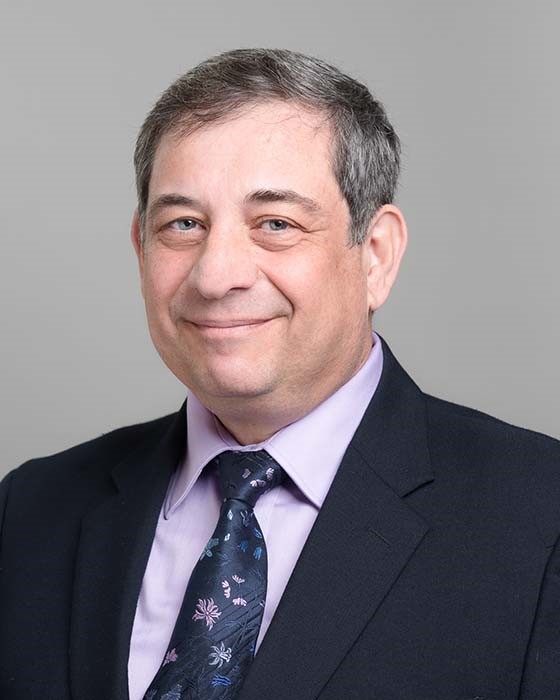 Professor George Eleftheriades received the 2019 IEEE Antenna and Propagation Society’s (APS) Distinguished Achievement Award. The award was conferred to Professor Eleftheriades for his pioneering contributions to metamaterials and metasurfaces, and their applications to antennas and sub-diffraction imaging. The award will be presented during the IEEE Intl. Symposium on Antennas and Propagation in Atlanta GA, July 7-12.

Professor Eleftheriades is a recognized international authority and pioneer in the area of metamaterials and metasurfaces. These are man-made media which have electromagnetic properties not found in nature. In 2015 he received the John Kraus Antenna Award also from the IEEE Antennas and Propagation Society. Eleftheriades served as an Associate Editor for the IEEE Transactions on Antennas and Propagation (AP). He also served as a member of the IEEE AP-Society Administrative Committee (AdCom) during 2007-2012 and was an IEEE Distinguished Lecturer from 2004-2009. A paper co-authored by Professor Wei Yu won the 2019 IEEE Marconi Prize Paper Award in Wireless Communications from the IEEE Communications Society. The authors received the award at the IEEE International Conference on Communications (ICC) in Shanghai, China, on May 23, 2019. Named after Guglielmo Marconi, who in 1901 demonstrated for the first time the feasibility of transatlantic wireless transmission from Cornwall, England to St. John’s, Newfoundland, the award is given to the best paper published in the IEEE Transactions on Wireless Communications in the past three years.

The winning paper, published in June 2016, is titled “Content-Centric Sparse Multicast Beamforming for Cache-Enabled Cloud RAN”, and is a collaboration between Professor Yu and Dr. Meixia Tao, Erkai Chen and Hao Zhou from the Shanghai Jiaotong University. The paper proposes a new way of leveraging caching at the network edge to enable cooperation among a cluster of base-stations to form a cloud radio-access network, in order to improve the performance of wireless cellular services. 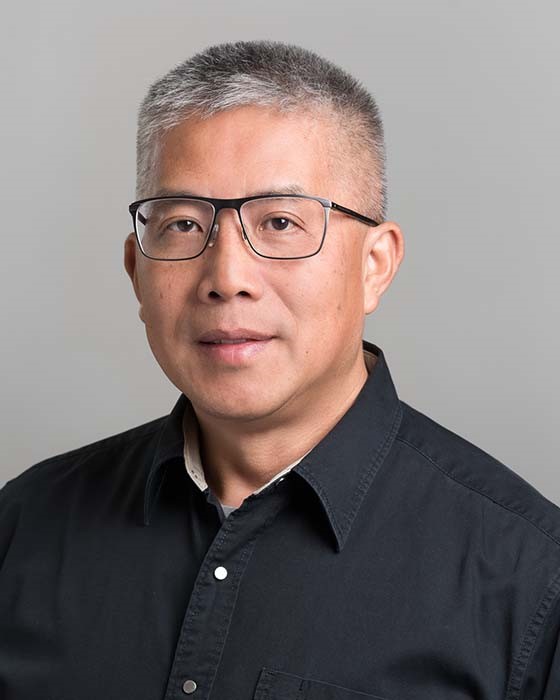 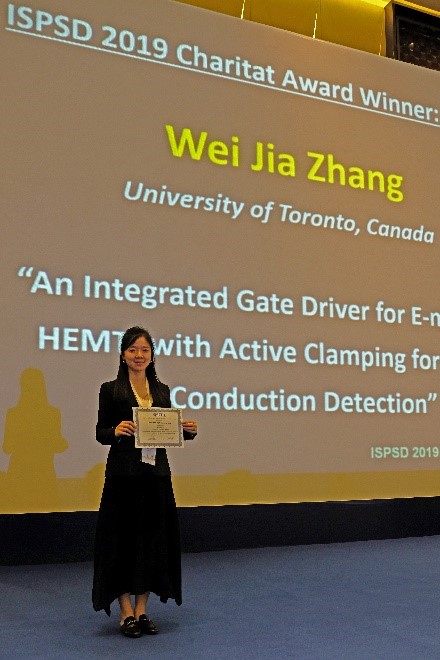 ISPSD is the premier conference in the field of power semiconductor devices and power ICs. This award is given to a young researcher, 30 years or younger at the time of the conference, who is both first author and presenter of a paper. Weijia’s winning paper was titled “An Integrated Gate Driver for E-Mode GaN HEMTs with Active Clamping for Reverse Conduction Detection”.