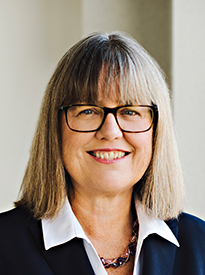 Abstract: The laser increased the intensity of light that can be generated by orders of magnitude and thus brought about nonlinear optical interactions with matter. Chirped pulse amplification, also known as CPA, changed the intensity level by a few more orders of magnitude and helped usher in a new type of laser-matter interaction that is referred to as high-intensity laser physics. In this talk, I will discuss the differences between nonlinear optics and high-intensity laser physics. The development of CPA and why short, intense laser pulses can cut transparent material will also be included. I will also discuss future applications.

Bio: Dr. Donna Strickland is a professor in the Department of Physics and Astronomy at the University of Waterloo and is one of the recipients of the Nobel Prize in Physics 2018 for developing chirped pulse amplification with Gérard Mourou, her PhD supervisor at the time. They published this Nobel-winning research in 1985 when Strickland was a PhD student at the University of Rochester.

Strickland earned a B.Eng. from McMaster University and a PhD in optics from the University of Rochester. Strickland was a research associate at the National Research Council Canada, a physicist at Lawrence Livermore National Laboratory and a member of technical staff at Princeton University. In 1997, she joined the University of Waterloo, where her ultrafast laser group develops high-intensity laser systems for nonlinear optics investigations. She was named a 2021 Hagler Fellow of Texas A&M University and sits on the Growth Technology Advisory Board of Applied Materials.