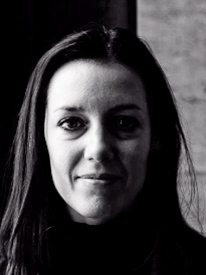 RSVP: Use this link to RSVP for the lecture.

Abstract: Engineering biology has tremendous potential to impact applications ranging from energy, to environment, to health. As the sophistication of engineered biological networks increases, the ability to predict system behavior becomes more limited. In fact, while a system’s component may be well characterized in isolation, the salient properties of this component often change in rather surprising ways once it interacts with other components in the cell or when the intra-cellular environment changes. This context-dependence of biological circuits makes it difficult to perform rational design and often leads to lengthy, combinatorial, design procedures where each module needs to be re-designed ad hoc when other parts are added to a system. Rather than relying on such ad-hoc design procedures, control theoretic approaches may be used to engineer “insulation” of circuit components from context, thus enabling modular composition through specified input/output connections. In this talk, I will give an overview of modularity failures in genetic circuits, focusing on problems of loads, and introduce a control-theoretic framework, founded on the concept of retroactivity, to address the insulation question. Within this framework, insulation can be mathematically formulated as a disturbance rejection problem; however, classical solutions are not directly applicable due to bio-physical constraints. I will thus introduce solutions relying on time-scale separation, a key feature of biomolecular systems, which we used to build two classes of devices: load drivers and the resource decouplers. These devices aid modularity, facilitate predictable composition of genetic circuits, and show how control theoretic approaches can address pressing challenges in engineering biology.

Bio: Domitilla Del Vecchio received the Ph. D. degree in Control and Dynamical Systems from the California Institute of Technology, Pasadena, and the Laurea degree in Electrical Engineering (Automation) from the University of Rome at Tor Vergata in 2005 and 1999, respectively. From 2006 to 2010, she was an Assistant Professor in the Department of Electrical Engineering and Computer Science and in the Center for Computational Medicine and Bioinformatics at the University of Michigan, Ann Arbor. In 2010, she joined the Department of Mechanical Engineering at the Massachusetts Institute of Technology (MIT), where she is currently Professor and member of the Synthetic Biology Center. She is a IEEE Fellow and a recipient of the Newton Award for Transformative Ideas during the COVID-19 Pandemic (2020), the 2016 Bose Research Award (MIT), the Donald P. Eckman Award from the American Automatic Control Council (2010), the NSF Career Award (2007), the American Control Conference Best Student Paper Award (2004), and the Bank of Italy Fellowship (2000). Her research focuses on developing techniques to make synthetic genetic circuits robust to context and on applying these to biosensing and cell fate control for regenerative medicine applications.