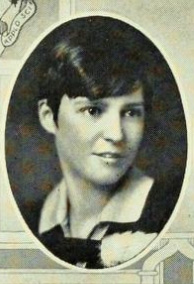 Elsie MacGill in her U of T graduation photo.

In the British education system, engineering was not considered to be a discipline suitable for academic study, and so the department has developed along North American lines. The early practical undergraduate curriculum was similar to that of the agricultural and mechanical colleges in the United States.

By the end of the First World War in 1919, the return of veterans saw the department’s enrolment swell from 241 to 819 students.

Around this time, Elsie MacGill (ElecE 2T7) — one of ECE’s most famous alumni — began her schooling. She became the first woman in Canada to receive a bachelor’s degree in electrical engineering and the world’s first female aeronautical engineer, and was immortalized in a Heritage Minute by Historica Canada.

The growth of research groups

The applied science component of the department’s program developed over the early 1920s. The degree of Master of Applied Science was instituted in 1923, only one year after the School of Graduate Studies was established at the University.

Graduate study was pursued intermittently, and the first PhD in Electrical Engineering was awarded in 1951.

In 1965, the department grew to include computer engineering. Today, it has a designated degree and counts for over half of the department’s undergraduates.

The most recent research group to be added is photonics.

For many years now, ECE has been the top-ranked electrical and computer engineering department in the country, and its international reputation has grown exponentially.

ECE is a hub of cutting-edge research, both of faculty and of alumni, and a hotbed for cultivating tech talent and startups, such as the digital storytelling platform Wattpad, co-founded by alumnus Allen Lau (ElecE 9T1, ECE MASc 9T2), and a number of spinoffs from our research groups like Right Track CAD (acquired by Altera) and Modiface (acquired by L’Oreal). ECE’s industry collaborators number in the dozens, including long-term relationships with multinational corporations like Fujitsu, IBM and LG. On campus, ECE has a fully operational DC microgrid — a rarity for any university — that provides access to commercial-scale solar arrays and energy storage facilities.

ECE is also the home of the classic electronics textbook by Professors Adel Sedra and K.C. Smith, Microelectronic Circuits, known simply as ‘Sedra/Smith.’ Now in its 8th edition, it is beloved by students and instructors worldwide.

The department is shaped by its past willingness to interpret the discipline broadly, leading to the present subdisciplines or research areas. These areas attempt to balance the history of ECE with an eye to the future, and may shift as the discipline evolves:

Past Heads/Chairs of the Department